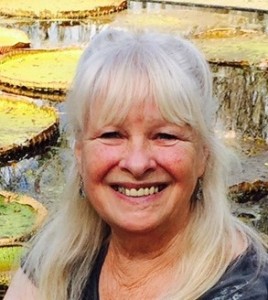 I want to introduce myself, with great excitement, as the first Executive Director for the Alaska Association on Developmental Disabilities, more frequently known as AADD.  It is a thrilling opportunity for me to once again work closely with the Association.  I served as Treasurer for four years (2002 – 2006) and in that role completed the IRS 501 (c) 3 paperwork, making AADD a formal non-profit.

In my forty years in Alaska I have worked in Alaska’s Department of Health and Social Services and in the field.  Upon first arriving in Alaska I worked for Hope as their Director of Services.  Three years later, Bob Gregovich, from DMHDD (now reconfigured as SDS), offered me a contract to research and document a prioritization of services for individuals experiencing developmental disabilities.  The framework I developed and subsequent publications were used by the Governor’s Council for many years to follow. I worked next in DHSS’s Division of Public Health as a Program Manager helping to develop the Early Intervention system in Alaska.  Eleven years later I moved back into the field as the Executive Director of FOCUS.  During my seven years as their director many developmental disability services were added to a well-respected Infant Learning Program.

Attempting retirement unsuccessfully, I returned to FOCUS’s Infant Learning Program (ILP) for the next eight years, eventually becoming the ILP Director for three Infant Learning locations. I was excited about AADD’s new half time position, applied and was offered the Executive Director role which began on June 2, 2014.

As the new Executive Director, I’m excited about the opportunity to connect and work with you as AADD implements our mission and the goals of our strategic plan to build and maintain strong alliances with your important organization.  It is as we work together that the system serving individuals with intellectual and physical disabilities is strengthened.  Thank you for the work you do in this field.